From the Musical Traditions of Bydgoszcz – Part 1

‘Bydgoszcz – the city of music’ – the expression is in frequent use nowadays. It is worth noting that its justification lies not only in the contemporary musical life of the city, but also in the great local traditions. Without the generations of artists who preceded us, the message of today’s motto would not have such richness.

Obviously, the artistic climate of nineteenth-century Bydgoszcz is evidenced by its numerous institutions and distinguished persons, as well as the noteworthy events that occurred here at the time (about that, however, we shall speak on some other occasion). The then musical atmosphere among the inhabitants of Bydgoszcz might also be inferred from the histories of the people born in the city, who commenced their education here and continued their education or artistic careers in major musical centres elsewhere (usually in Germany or in other Polish cities), achieving major successes in the fields of musical performance, teaching, conducting and musicology.

Among them was Franz Kroll, born on 22 June 1820 in Bydgoszcz, a pianist (pupil and friend of Franz Liszt)[1]), composer, a teacher in the renowned Stern Conservatory[2]. He authored piano miniatures[3] (for instance, Andante with Variations, published by Hasslinger, in Vienna, in 1847), and editions of piano works that are still in use today (among those, J.S. Bach’s Das Wohltemperierte Klavier). He died in Berlin on 28 May 1877[4].

Another was Wilhelm Posse, born in Bydgoszcz on 15 October 1852, who was an acknowledged harpist in the Berlin Opera (1872–1903), while from 1890, he held the Professorship of harp in the Königlisches Hochschule für Musik in Berlin. 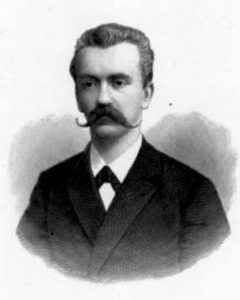 Albert Friedentahl, born on 25 September 1862 in Bydgoszcz, was a pupil of local educators, [Fr.] Agath and W. Steinbrunn (later, a graduate of the piano class of Th. Kullak in Berlin), and became an internationally successful concert pianist. Furthermore, he was the author of transcriptions of various pieces for piano and a popular book in the field of ethnomusicology: Musik, Tons und Dichtung bei den Kreolen Amerikas (Berlin, 1911)[5].

A pair of important creators and promoters of Polish music was Zygmunt Moczyński (1871–1940) and Rev. Wacław Gieburowski (1877–1943), both born in Bydgoszcz. Admittedly, they left the city when they were young; however, their artistic achievements in later life must have had been somewhat rooted in the musical atmosphere of nineteenth-century Bydgoszcz, for Moczyński’s father was an organist in one of the parishes of Bydgoszcz, whereas Rev. Gieburowski was taught as a child by Bruno Stein (a well-known Bydgoszcz conductor, organist and composer).

Marie Schwadtke, a Bydgoszcz-based voice teacher, was the person who introduced Claire Dux (1885-1967) to the fundamentals of singing, whereas the latter came to be a primadonna of the most renowned opera stages of the early twentieth century. 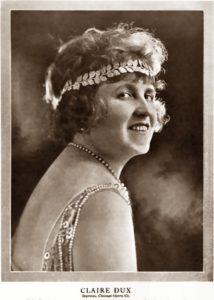 The world-famous soprano and voice teacher, Hilde (Hildegarda) Zadek, is another singer to have hailed from Bydgoszcz, born here on 15 December 1917. She was a long-time soloist of the Vienna State Opera, performing the most distinguished solo parts. Since 1997, there has been a biennial voice competition in her memory held in Vienna[6].

As a side note, it is worth noting the local origin of the musicologist and philosopher, Wolfgang Schmieder, born on 29 May 1901, in Bydgoszcz (he died on 8 November 1990 in Fürstenfeldbruck), the author of the famous catalogue of the works by Johann Sebastian Bach (Bach Werke Verzeichnis, BWV). In the years 1899–1903, his father served as the Mayor of Bydgoszcz[7]. 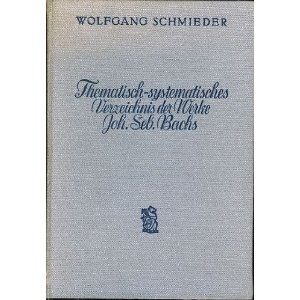 Catalogue of works by J.S Bach 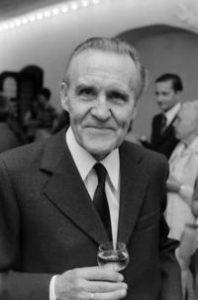