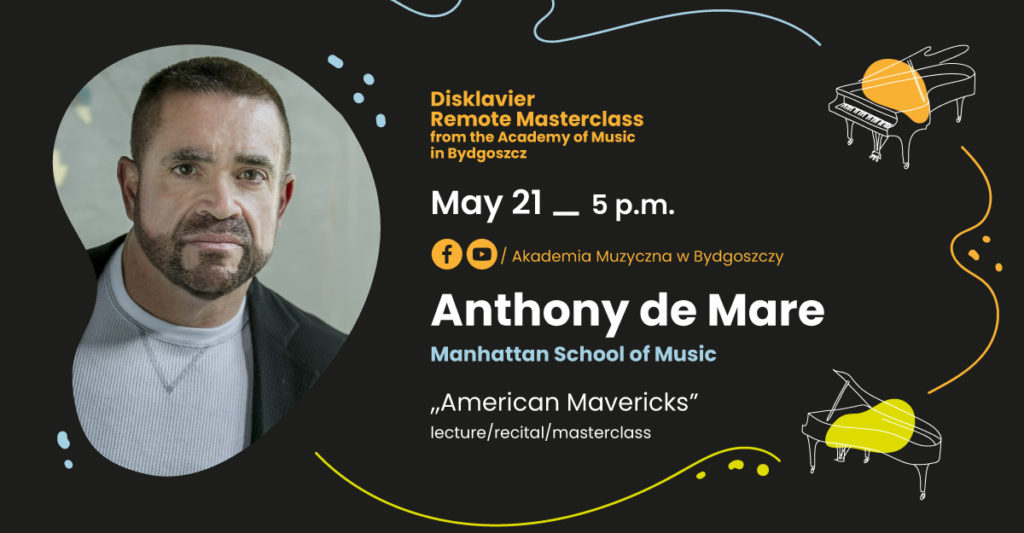 Known for his creative performance projects, de Mare continues to expand the borders of its repertoire. He is the creator, performer and co-producer of the project „Liaisons: Re-Imagining Sondheim from the Piano“, which in 2016 brought him the Grammy Award in the Classical Producer of the Year category.

The pianist has performed on five continents. His discography includes works by Ives, Cowell, Harrison, John Cage, Meredith Monk, Frederic Rzewski and many others. The artist won, among others, first prize at the International Gaudeamus Interpreters Competition and the International Contemporary Piano Competition of Saint-Germain-en-Laye.

He is currently a professor of piano at the Manhattan School of Music and New York University, and collaborates with the Sheen Center for Thought and Culture in New York. He is the ambassador of the Steinway brand.