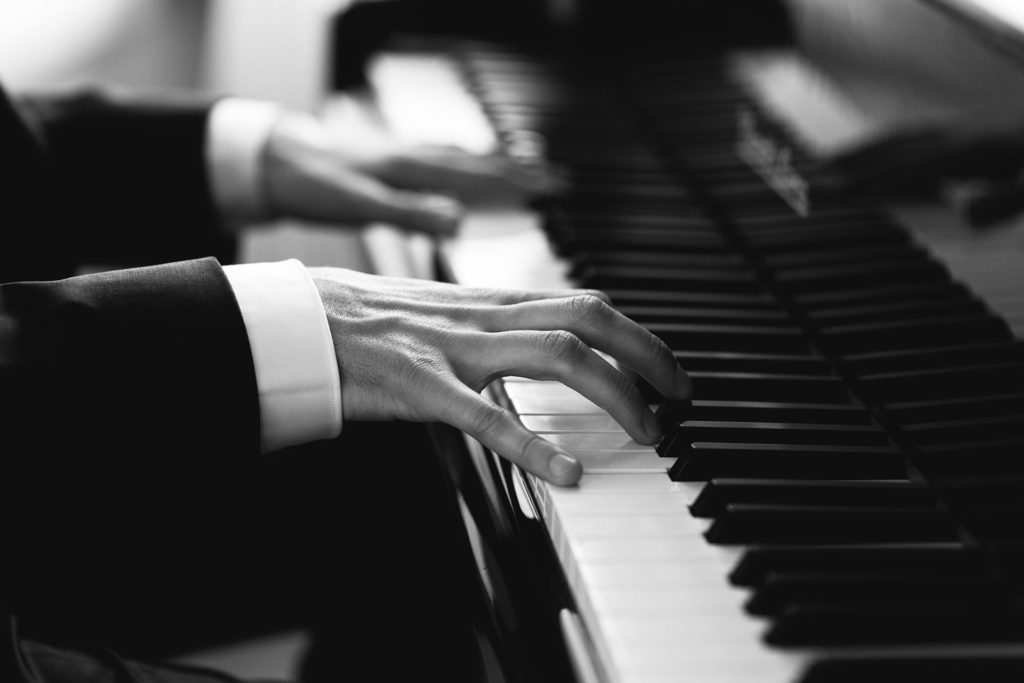 WHO IS THE BOSS?

Pianists are probably well acquainted with the famous story about Glenn Gould’s performance in the Carnegie Hall. Leonard Bernstein, bewildered at his unusual interpretative idea of Brahms’ concert decided to tactfully distance himself from the rendition of the eccentric Canadian. At the same time, while making a speech prior to the concert, Bernstein posed an intriguing question – “Who is the boss”? This situation clearly exposed the intricate bond that links a soloist, a conductor and an orchestra, and demonstrated how difficult it is to co-create music and build an interpretation of a composition where some of the elements defy our control.

Who is to be held responsible for shaping a more fundamental character of the interpretation? How to achieve during few rehearsals a coherent sound vision of a composition? How a young pianist can strike the right artistic note with an orchestra, is it at all feasible under contemporary conditions when a concert is held following only one or two rehearsals? What problems do we have to bear in mind to attain a rewarding result? Undoubtedly, these are the questions worth working out before the first performance, albeit theoretical divagations will never replace the knowledge stemming from direct contact with the orchestra.

Invariably an encounter of a soloist with an orchestra constitutes an exciting and inspiring event. There occurs a moment of creative interaction, when from a purely potential composition, residing in the minds of many musicians, a new quality may come into being. And undoubtedly, under such circumstances, mutual inspiration holds the key to the only true dimension of creating music. It is conditioned by imagination opened to interpretive improvisation combined with direct contact with music. Yet, this calls for a very high level of performer’s competence. Music would suffer an irreparable harm if soloists were not able to make the most of the potential inherent in the gathering of so many musicians – if the interpretation was encumbered with the compromise resulting from an inability to establish rapport with an orchestra. It cannot be denied that the era of orchestra interpretation overflowing with unusual rubato, which for example was created by Furtwängler, seems to be irrevocably foregone, notwithstanding this fact, should not we strive to inspire a conductor and orchestra to create an interpretation that reveals to them their own untapped possibilities?

There is no denying the fact that the cooperation with an orchestra may abound in numerous problems. Some of them are to some extent technical, some psychological. Technical problems focus on the expansion of acoustic space of a performed piece of music. Sounds reach a soloist from different places of the stage, and each instrument converges differently with the sound of the piano – therefore it requires great skill to harmonize the real sound of an orchestra in a given acoustic space and establish the right expressive and dynamic relation. This is complicated by the necessity to adjust to the conditions of a given concert hall – consisting chiefly in the right assessment of acoustics, correcting of pedaling, etc. What intuition and experience did Rubinstein have to display, who as result of an illness suffered at a young age, had his hearing slightly impaired in his right ear. He heard the orchestra perfectly, which was always on his left, but undoubtedly, it was more demanding for him to assess the sound coming back from the acoustic space over the audience. Obviously, coping outstandingly in such situations, he was joking that in this slight impairment lies the secret to his beautiful, expressive sound.

The other technical problem that may be encountered is related to agogic listlessness of an orchestra. When we play alone, or even with a in a small ensemble, artists can fluctuate tempo to a greater extent, allowing for greater flexibility. An orchestra made up of many musicians will not be able to follow each fanciful rubato – it creates a certain time space, which we cannot neither extensively shorten nor lengthen – we have to learn to fill it. It also exerts extraordinary logicalness and suggestiveness of interpretative nuances. Finally, it calls for respect for interpretative freedom in performative elements that are not directly dependent on us – perceiving oneself as one of the performers of the piece of music that is being created.

It seems that the ability to inspire and activate the orchestra constitutes the main psychological hindrance. Since the name of Furtwängler has already been mentioned, it is worthwhile recalling a story when, at the time he was the head of the Berlin Philharmonic, some visiting conductor came with a concert. The rehearsal was going smoothly and the orchestra was as usual performing outstandingly, but suddenly the guests participating in the rehearsal heard an unusual transformation – as if the musicians were possessed by an unknown force sparking off almost a tangible tension in the air filled with sounds – it turned out that by some chance Furtwängler appeared at the door of the hall…  The ability to have such an impact on other people certainly is a question of having the right personality, but also can be perfected as a result of ongoing contact with an orchestra. During a piano concert a conductor takes over only a part of this demanding task – undoubtedly, a soloist has to be able to establish rapport with an orchestra as if passing over the conductor. Orchestra musicians co-create a performed piece of music, but at the same time serve as the most demanding audience. To some degree they present an account of our ability to use this enticing aspect of art twofold: not only do we have to make them accept our interpretation, but also make them follow it! We have to be able to make the orchestra escape from a certain routine, which unavoidably creeps in as a result of repeatability of repertoire and working on a regular schedule.

Notwithstanding this fact within each musician there exists a primal fascination with sound, melody, rhythm, which in the course of time is deadened by the humdrum of life. The one who coming on stage can bring to life and revive in other people this hidden world of musical fantasies by means of his/her own internal energy, wins over great allies to realize set artistic objectives.

(text written on the occasion of the first Paderewski Piano Academy)
www.paderewskipianoacademy.eu