All in a Name 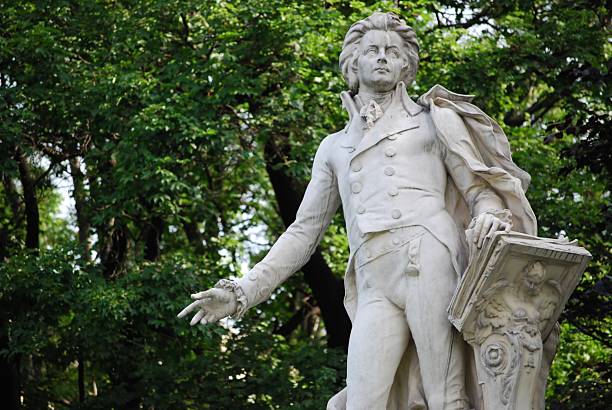 The Self-described Classical Period of Music

The words we use to describe the world around us have a profound impact on the direction of societal norms. The words used by artists to describe the accepted style of music during the classical period are one such example. An analysis of two such words, “classic” and “classical”, will reveal a hidden connection between this specific period of music and the music world as a whole.

Beginning with “classical” in its purest definition, classicism derives from is strongly bonded to the ideals of classical Greece and Rome. Architecture, the role of the audience, and the development of the pianoforte are all examples of how deep classical ideals permeated classical music during the period between 1780 and 1820. In addition, “classic” motifs are woven throughout, giving us the counterpoint to “classical”. While the term classical refers to the ancient past, “classic” calls out the durability of ideas through to modern times.

Music classicism stems from a more general art movement, affecting society as a whole. In the 18th century, excavations in Pompeii and other Ancient Greek settlements sparked a renewed interest in ancient Greek literature, art, and scientific discoveries, while the vastness of the Napoleonic empire reminded of the vastness and culture of the Roman world. This “Age of Enlightenment” was first expressed in literature, and was a drastic change from the previous baroque ideals. Literature explored the “enlightened” way of life, removing excess and seeking a greater understanding of the world through a methodical, “scientific” process. The movement spread to other arts. Paintings were designed by the artist rather than envisioned. Gone were artificial disguises and stylized artistic liberty; the canvas once again became a proportioned schematic. In music, highly ornate and florid execution was dropped in favor of clarity and form, evolving from, and in a way combining, the lucid French gallant style and the dramatic German Empfidsamer Stil.

As with the visual arts, music approached the ideals of classical architecture. As the Greek Revival set symmetry, function, and structural stability as the center stage of building design, so too did form become the foundation of music compositions. In architecture, Ionian, Doric, and Corinthian elements gave stability rather than serve as decoration, just like ornaments in music became used not as decoration, but more sparingly as part of a composition’s foundation. The 24-hour rule was strong in opera, with all the action taking place in no more than a single day and night, focusing on concrete action and change rather than the long-term psychological effects that would later arise in romanticism. Simple harmonic structure and cadences are enduring, “classic” examples of the way clarity took over music, with this simplicity of form remaining even in music created today. The classic cadences quickly remind the listener that he or she is listening to music from, or at the very least inspired by, a very specific slice of time.

No element of music classicism is as ubiquitous-classic, so to speak – as the sonata form. Symmetrical in proportions, with a clear thought-out design, the sonata is the epitome of classical music. With a clear melodic line harmonically supported by the methodical Alberti Bass, and contrasts perhaps not dramatic but certainly discernible, the sonata form and its variations are as classical as they are classic. Seemingly chained to the form, the great composers of the classical sonata form wrote some of the most breathtaking music in history, still widely performed and greatly appreciated today. Composers showed how boundaries do not necessarily limit freedom of artistic expression but instead can even heighten it. This was the beauty of classicism. The limits placed on musical expression behaved much like expressions of Truths, able to “set you free”.

On the topic of freedom, Ancient Greece was a democracy, meaning generally governance by the citizenry. A similar “democracy” of sorts emerged with classicism. Music left the king’s courtroom and entered concert halls accessible by the public, and composers started to earn their living independently instead of being vassals tied to the whims and finances of their lord. As this wider audience began “democratically” choosing which composer or performer to reward, music flourished and developed rapidly. This development is both a classical resurgence of ancient ideals as well as a classic “industrial revolution” paving the way for the future. The classical period of music is not only consequential in what it left behind, but also triggered the rapid change in musical expression that came after it.

The rapid change launched by the classical period was further made classic by its dependence on a technological breakthrough, the invention of the piano. The first pianos, or more specifically pianofortes, were, by today’s standards, curious contraptions. They were, at first, neither louder than the harpsichord they replaced, nor was their tone much rounder and singing like that of today’s pianos. Even more surprising is that the sound they produced lacked clarity, as compared to the piercing pluck of a plectrum. Should not the harpsichord then, with its acoustically pure vibrations, have been the dominant instrument of the Enlightenment?

This is where, somewhat amusingly, nuance comes in, both in the then-newly invented keyboard instrument and in the period as a whole. We have already established that classicism was a period characterized by nuance, in terms of heightening expression while staying within a limited deviation. While the harpsichord is certainly an instrument of nuance, the pianoforte was even more so in certain respects. Its dynamic range allowed for more varied, if not louder, dynamics, and a mellower, if not clearer, tone boosted the available color palate of sound. These nuances are the key to understanding the dangers of describing the period as “classical”. The classical period of music was far more unique than it was just a rehash of the old. Certainly, there were classical aspects present, but there is no escaping the effects of the previous baroque ideals, or the prequels to the incoming romanticism. This appears to be how every period of music changed into the next-always evolving and slowly progressing from the past.

If a gradual forward progression is true across musical periods, why, then, do we observe such drastic changes from one period to the next? The answer is certainly a classic one: the natural tendency of humanity towards rebellion. As in other aspects of society, this creates a pendulum, swinging from one extreme to the other. In music, this means an alternation between the grand, soaring, and imagined, and the confined, elegant, and real. Even the word “period” as used to describe eras in music is suggestive. A periodic event, after all, is one which repeats!

Each new generation of musicians rebels against the ideas of the previous generation. The new generation forms “new” ideals which, just like classicism, hark back to a set of ideas from a previous era, which was likewise the result of a previous rebellion. At its foundation, classicism is no different than the Renaissance or the early 20th century, while on the other side of the pendulum stand the romantic and the baroque. However, all of the aforementioned periods are built on a single common foundation, that being one of the idea of “music” itself.

All the while, the center of that pendulum is not a fixed point – it moves in a greater arc. That arc is the gradual progression forward, and it is irrespective of periods. This phenomenon is also classic, being observed not just in society, but also in nature. The earth moves around the sun, creating drastic changes every year in the form of seasons. This is periodic motion. However, the sun itself is moving through spacetime, creating a far less noticeable, even undetectable, change – the greater arc. This example also shows how people will easily notice a faster periodic motion, but not even detect that greater arc. In the grand scheme of things, periodic fluctuation in the music world is a relatively small variable, especially when compared to something like the grand arc of music, moving from the disorder of prehistoric proto-music, to the perfect consonant reaches of classicism and romanticism, and back again.

Only one tangle in the knot is left: that of the actual composer. While the classical period is marked most notably by form and function, composers often did not write music like they “were supposed to”. Clementi, certainly a classicist, endeavored to show off the virtuosity of his double thirds, for example. Perhaps the strongest example of all  can be found in the works of Beethoven himself. How can one put Beethoven in a group with the classicists? His music is arguably neither a model for classicism nor is it quite romantic; it is a spire standing in isolation.

What we come to find is that period style is not nearly as distinctive as the composer. Bach and Handel both sound like opposite ends of the world when compared side-by-side, and yet both sound “baroque” when put next to Mozart. What we find, and what is most heartening in today’s world, is that great music is not dependent on period, but rather on great composers and their “classic” expression of music that transcend time. The music of the classical period was exactly that: period music. Composers then were like composers today, learning the rules of composition and “period” techniques, and then being able to write what they pleased, even breaking rules and not strictly following techniques when it came to the actual composition. Their compositions were not exercises to develop skills in “period” techniques, but instead the actual inspired poetry of music.

Perhaps no time period presents as challenging a style to describe in words as the classical period. With a focus on the clarity and simplicity stemming from style gallant along with a mathematical, precise composition techniques which put a focus on form and function, the classical period of music is more defined by what is not present than what is. It is, however, the clear-cut so-called boundaries which make classicism so pure and beautiful.

Yet, classical-period music is not the result of composers writing music in a “classical style”. Composers during the Age of Enlightenment were, by definition, certainly aware of the role the classical period of antiquity played in their seemingly rediscovered way of approaching music. However, the name itself, which so perfectly described the period, was given posthumously, so to speak. By placing too big an emphasis on the label, we set expectations of style which, whether consciously or not, may limit a listener’s ability to hear the sublime artistry of classical period music. These biases cannot be erased, and nor should they be. A conscious knowledge of the history of the period does help with understanding the music, but it is the “classic” statements in compositions, not “classic” motifs, that transcend time and speak to us in the present day non-withstanding their age. As listeners, perhaps we should sometimes place historical labels in the background, and remember to let the composers tell their own story.

History of Classical Music | Classical Period in Music and The Arts : Interlude

This essay was written as part of an assignment for the first-year Music Literature class at the Academy of Music in Bydgoszcz.

Malwina Marciniak 9 miesięcy temu
Interesting ideas! I especialy like how evolution of the piano is mentioned - as important element determining changes of style and expression.
Zaloguj się, aby móc odpowiedzieć