Analysis of the declamatory meaning of ornamentation… 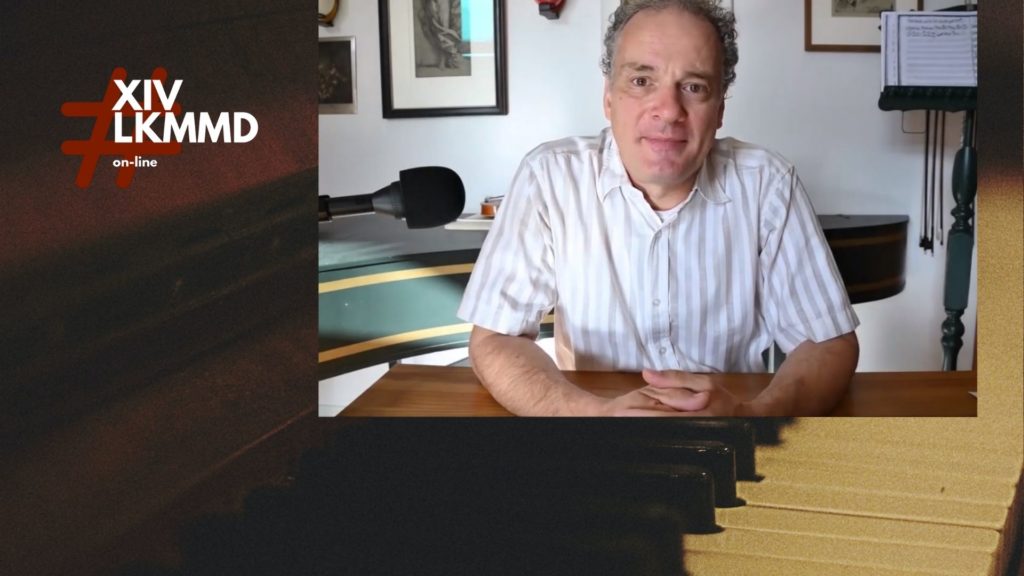 Analysis of the declamatory meaning of ornamentation on the example of Adagio from Sonata for solo violin BWV 1001 J.S. Bach
by Daniel Deuter

The aim of the lecture is to try to define what exactly ornamentation is and what is its meaning in declamation in pieces by J.S. Bach.

On the example of the famous Adagio from Sonata for violin solo BWV 1001 by  J.S. Bach, Daniel Deuter indicates which elements of the notation can be understood as ornamentation in such a dense musical text. He presents ornamentation that expressively emphasizes the harmonic course, but also performs a declamatory and even “gesticulating” function, resulting from the rhythmic structure.

In order to show the above, the lecturer “extracts” from Adagio the original structure on which the piece is based and analyzes the musical ornamental gestures that fill this structure.

The lecture discusses the issue of understanding the structure of baroque music and the function of ornamentation, the ability to distinguish between ornamental and basic notes.